WHY edible insects are the food of the future?

It’s been a while now that t’s said that edible insects will come soon in our plate. We can start seeing the big picture about the evolution of the field, but today I want to focus on 2 little details that show that the future is coming… Yes, I’m the kind of person who also focus on the details ! (Bug mentality) Let’s focus, have a nice reading.

“WHY edible insects are the food of the future?”

This was the title of a French radio show broadcast this week : “Pourquoi les insectes sont-ils la nourriture du futur?”. 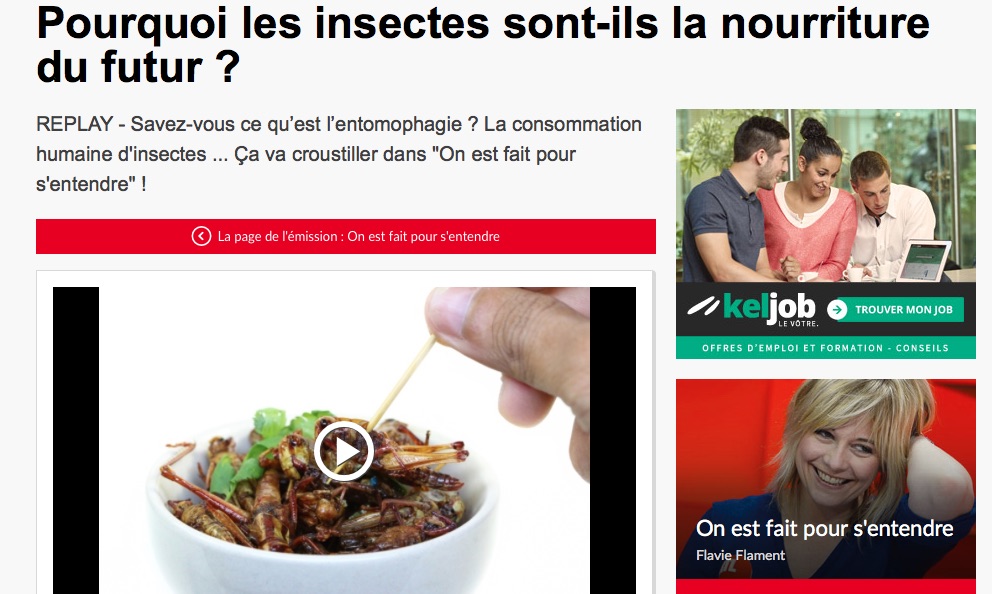 This show was really interesting with Cedric Auriol from Micronutris, Raphaëlle from Jimini’s and Claude Fischler as a guest. Claude Fischler is a french sociologist specialized in food. He had written several books about this subject and done a lot of studies, he had notably worked with Paul Rozin, the worldwide expert of disgust.

All the show was really interesting specially the intervention of an African woman who explained that it’s really cultural. A good point for all people who still think that “edible insects are eaten by poor savages who can’t afford meat“.

I love Foie Gras and I love eating palm grubs, for me there are both delicacies. But I find that frogs are disgusting, I can’t understand how you can eat that!

Moreover, an early dubitative auditor was gifted some Micronutris short bread with mealworms powder as she wanted to try edible insects but without seeing them… If I knew, I would have played a role… 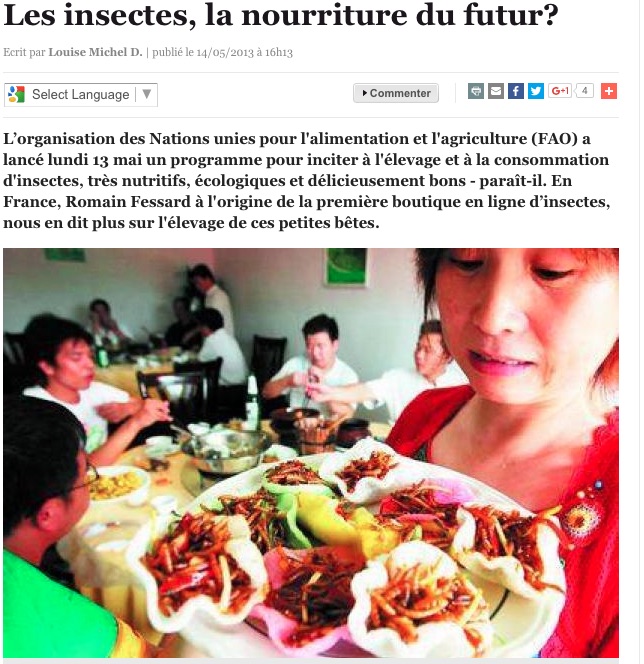 Not all insects are edible…

This week I was in a petstore for buying some stuff for my new project (you’ll soon know!). As usual, I stopped at the insects shelf to see and hear the crickets and locusts. I took a box of crickets and read a little mention written on the bottom : “Not safe for human consumption”.

It was the first time I saw this mention… Thinking about it ; a few years ago, nobody would have thought “Oh; we should write on our crickets box that they’re not reared for human consumption”. If it’s now stated, the idea that crickets and grasshoppers can be eaten is now obvious… (I didn’t see any mention about this on the dead mice…) 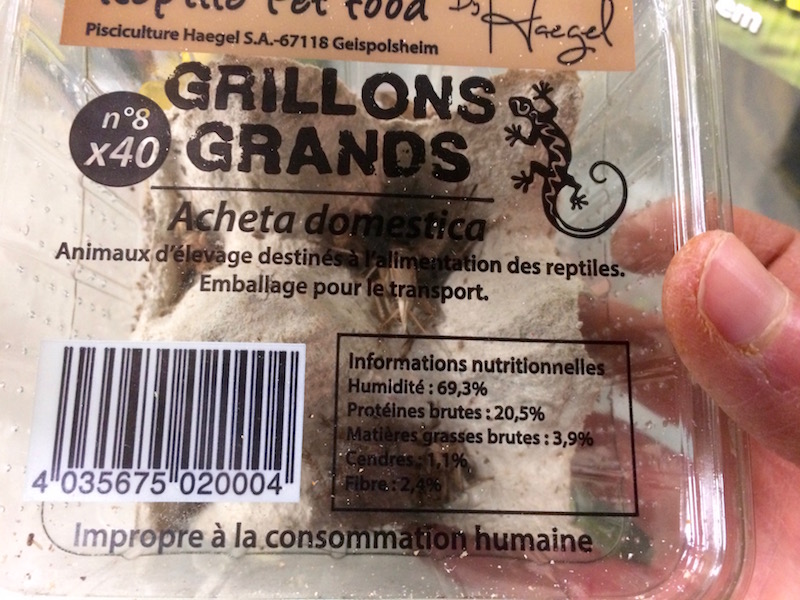 “Not for human consumption”

There is still a little detail to regulate about edible insects..

Two days ago, I read in an article that some edible insects sold in shops in the city of Cholet, were taken by the French Food regulation (DGCCRF) due to an unclear regulation in Europe…

Well, for a detail, that’s an annoying one…