Why we should eat insects

In 2050, we will probably be 10 billions people on the planet. According to this growing population, we will have to more than double our food production.

On a planet with limited space, which is already too impacted, with overfished oceans and a global warming climate, our food systems production and consumption won’t be adapted.

Today, we can already see these effects on the health and the environment. In order to face the food and nutrition challenge of today – there are approximately 1 billion of hungry people around the world – and of tomorrow, what and how much we eat and produce – will need to be reconsidered. 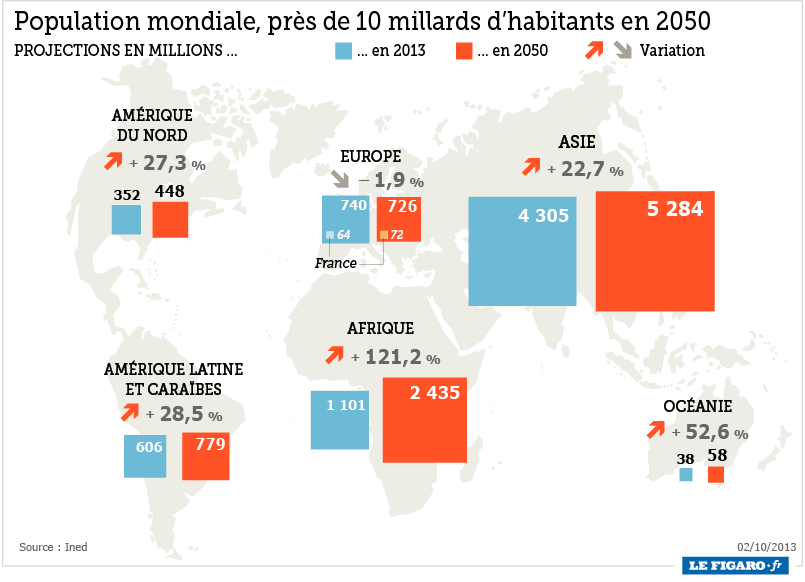 The insects proposed as a solution


In 2008, in a first report the FAO (Food and Agriculture Organization) suggested the insects as a solution for food and feed. The consumption of insects by human is called “entomophagy”. The insects, phylum of the arthropods just as the crustacean, represents more than the half of all the animal species with more than 1 million species discovered at the present moment.

Some nutritious and tasting benefits with some moderate risks

Eaten in the early ages by our first ancestors and now by more than 2 billions of people, insects have always been present in the human diet. They are not considered only as a starving food, but among the 1900 edible species, some of them are a delicacy.

This large variety of species involves some different nutrition values but in general, insects contain approximately as much as proteins as meat and fish. More over, certain species contain a large amount of omega-3, zinc, iron and magnesium.
For more information about the nutritional values: http://www.entomoveproject.com/nutritional-value-of-edible-insects/

The large variety of edible species offers a big range of different tastes. It goes from nutty flavors like almond, nut or pistachio to fish and even potato. We can use insects in sweet or savoury dish.

If insects are coming from a rearing process made especially for human consumption and if they are well prepared, the risks are the same as another source of meat.

Persons who are allergic to shellfish should not eat insects.

Finally, they represent a good source of proteins for vegans who would accept to eat insects. 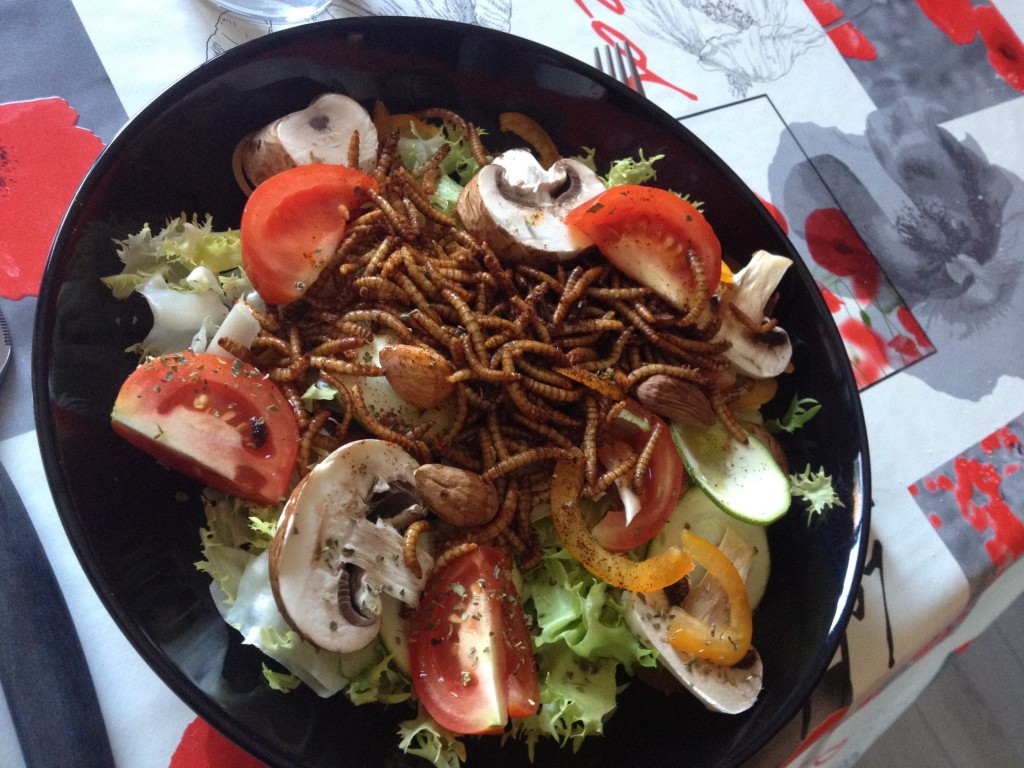 Insects are cold-blooded animals, so they don’t need to use the energy coming from their food to maintain a constant body temperature. Insects are frugal, it needs 10 times less food in order to produce the same amount of proteins coming from crickets than coming from beef. More over, rearing insects need far less space and water and produce less by-products such as pollutants or wastes.

Regarding the animal welfare, they naturally live in large quantities in closed space, and according to scientists, they don’t suffer or feel less pain. 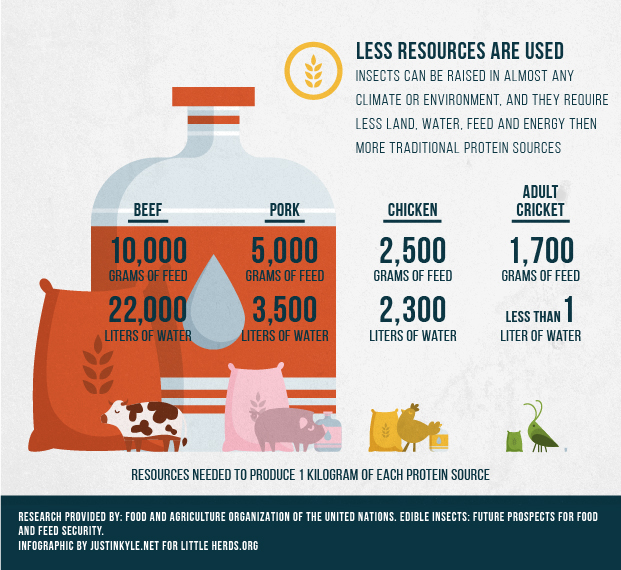 There are 3 mainly limiting factors. The first one is the acceptance of the public. Even if we eat in average more than 500 grams of insects per year (presence in wheat, chocolate or in the red dye) a lot of us don’t accept to eat voluntarily insects because of a bad and unjustified reputation.

Secondly, it is necessary to grow a production system at industrial scale. This automated system will allow a large production with a constant quality in taste and sanitary conditions.

Finally, a system of laws and rules will have to regulate the production and the market placement. In Europe, there is an unclear situation about these points.

A lot of different possibilities

The possibilities are large and we are only in the infancy. Insects can be used in a lot of different ways. They can be eaten whole as a total or partial substation of meat, in powder or in food supplements.

As feed, they can be used in aquaculture, poultry or for pet food.