You are maybe be a little bit bored by my “little recipes“… So, today I share with you an awarded recipe! 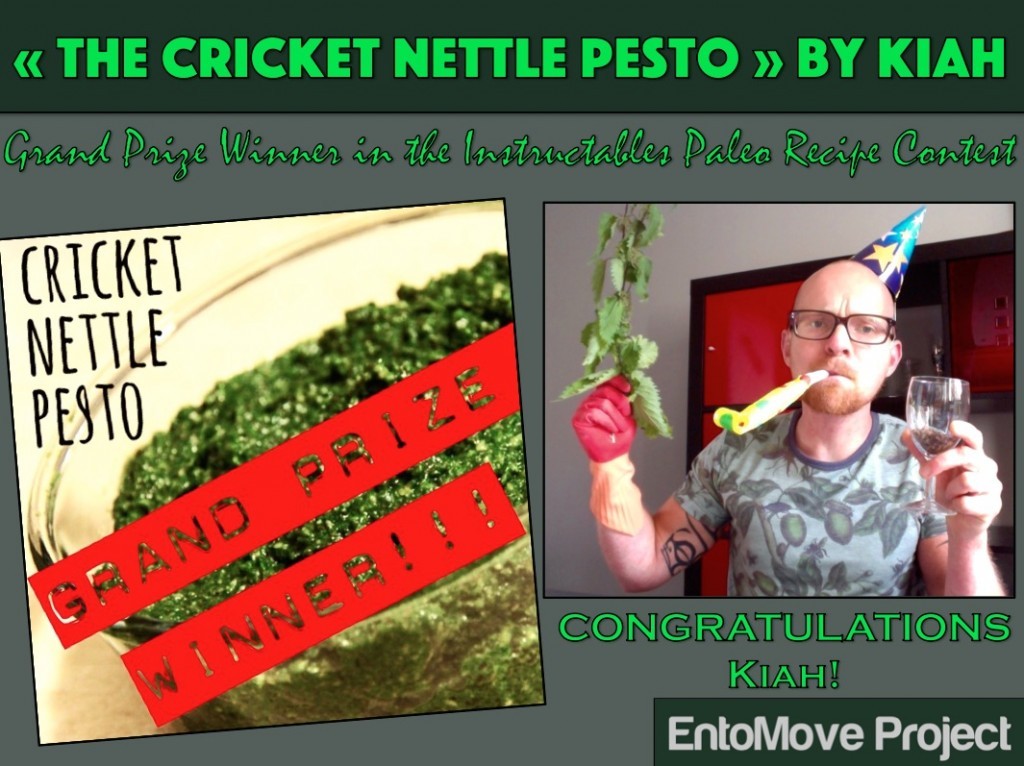 My friend Kiah won a contest on www.instructables.com with her “Paleo Cricket Nettle Pesto”, so that will be the recipe of the day!

Exceptionally, I will make no comment, no joke, nothing… I will just let you enjoy her work!

This cricket and stinging nettle pesto is the perfect springtime forager’s recipe!

Instead of using a traditional basil base, we’re using a plant that many people consider a weed called stinging nettle. This under-appreciated weed makes a bright base for your pesto. It has been used as food, dye, and medicine since the Bronze Age!

Humans and their ancestors have eaten insects for thousands of years. Eating bugs is going the ‘full paleo’—no true paleo diet would be complete without it!

Crickets in particular are an excellent source of protein, yielding 20.5g of protein per 100g (compared to about 24g in 100g of chicken). They’re also a more environmentally friendly alternative to traditional livestock. Growing insects uses less feed, far less water, and emits less greenhouse gasses. For example, it takes about 24,000 gallons of water over a cow’s lifetime to produce one pound of beef.

Crickets on the other hand, require hardly any water at all (most of their water is contained in the food scraps they eat, if that’s what they’re raised on as I have done at home!).

In this recipe crickets are being used as a replacement for pine nuts, as they have a similar nutty taste. 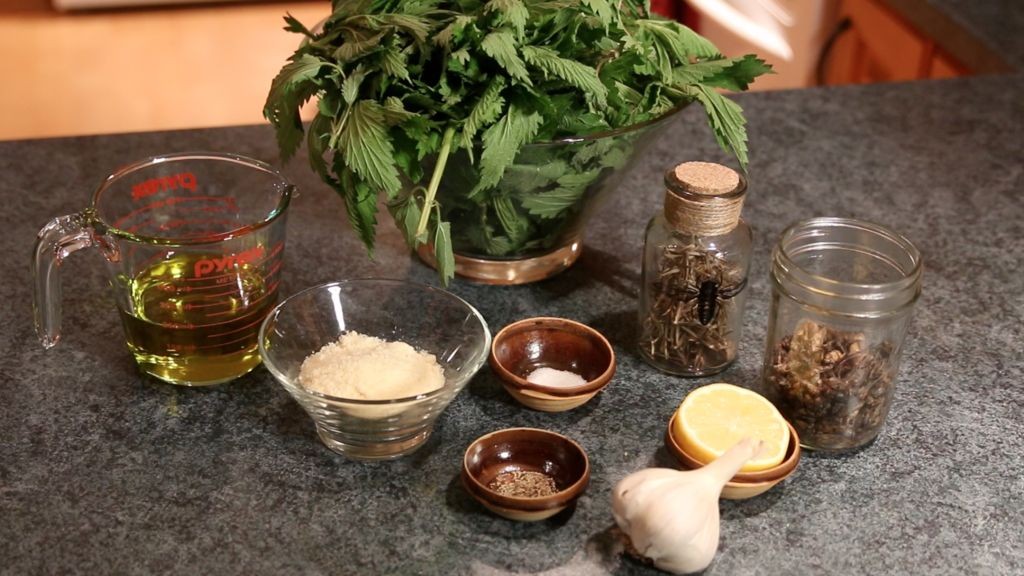 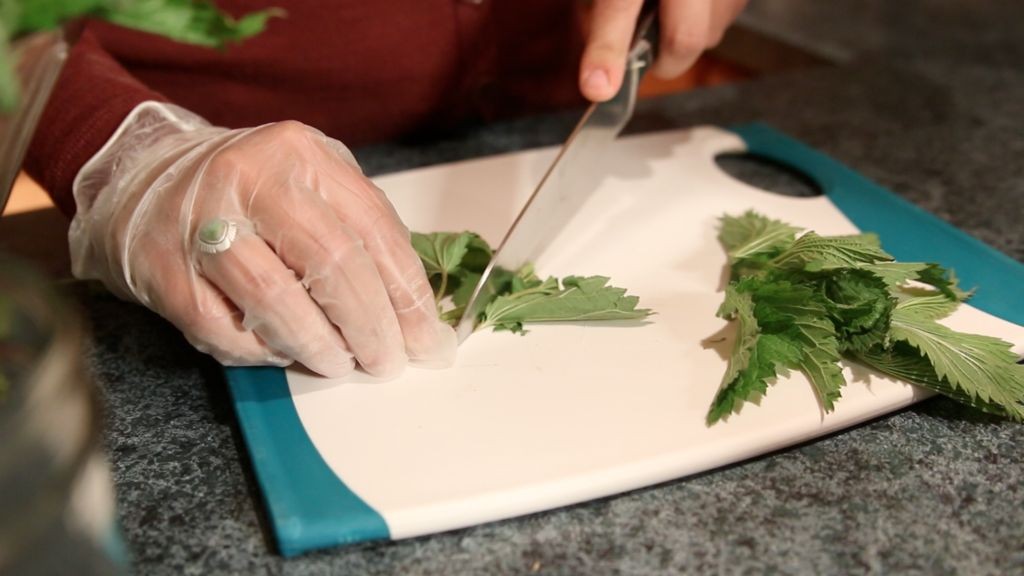 Bring a pot of water to a boil.

Using a gloved hand, cut the leaves off the stems.

Add the leaves to the pot of water and let it boil for about a minute, or until it looks a bit like cooked spinach.

Drain in a colander, and pat dry with a paper towel.

You should have about 1 cup of cooked nettle leaves. 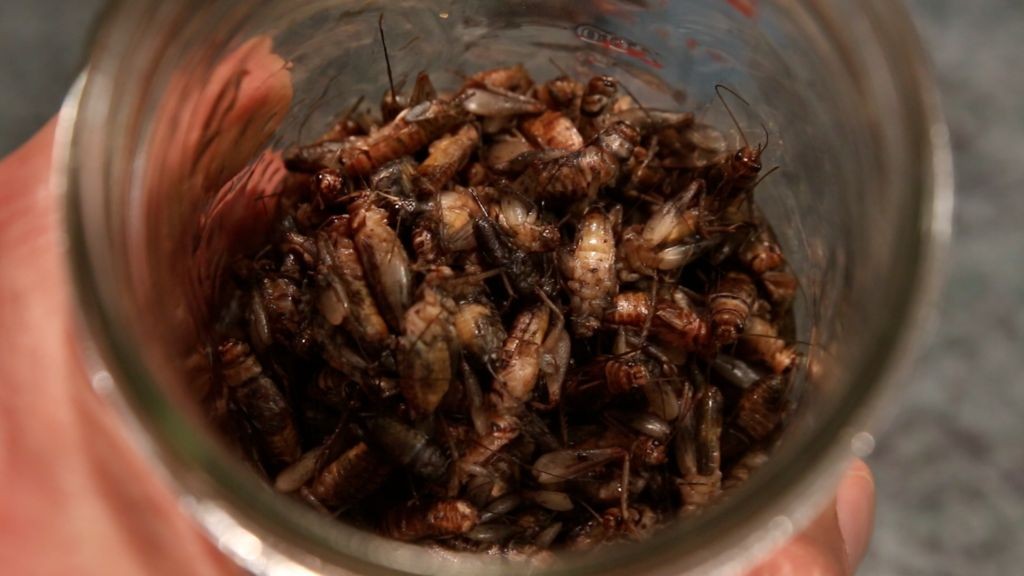 Bring a small pot of water to a boil.

Add the crickets to the water.

Boil for about 1 minute, stirring occasionally. 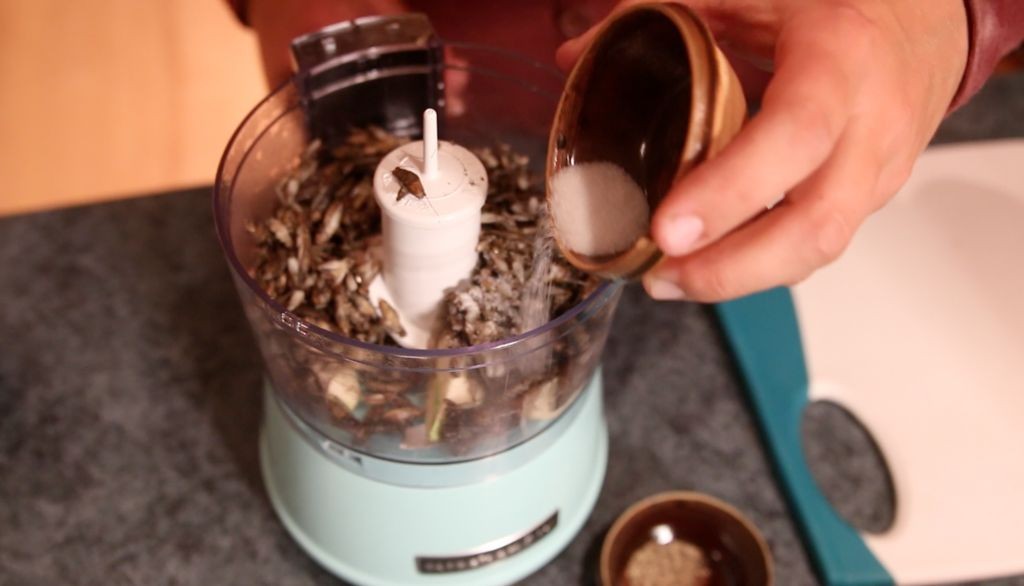 Smash the garlic and add to the work bowl of your food processor. 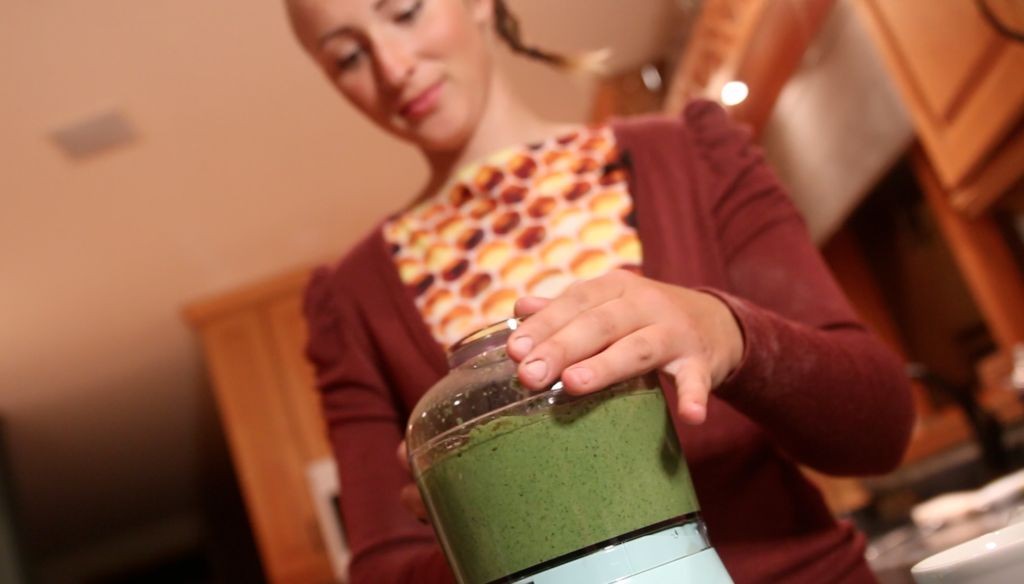 Add the nettle a little at a time to your food processor.

Next, squeeze in the lemon juice.

Add the olive oil a little at a time. 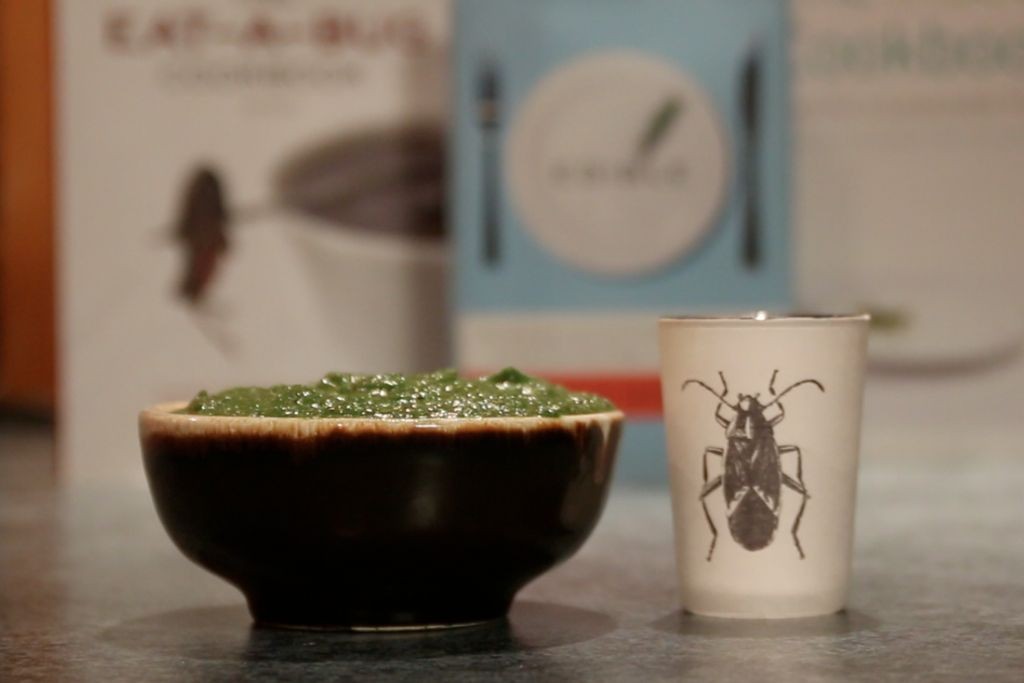 And there you have it!

Top some spaghetti squash with your pesto and you’ve got yourself a meal that’s as nutritious as it is tasty!

You can also use it as a sauce for a paleo-friendly pizza.

The possibilities are endless!

Keep Rustling Up Some Grub!

Special note : Don’t do like me, wear some gloves! 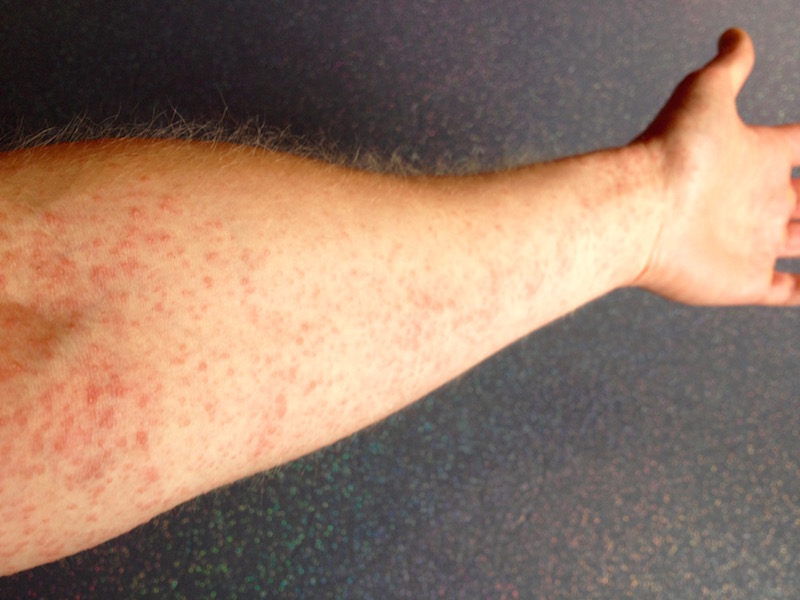 Just kidding… I got a PLE, that’s why my new review is not online yet, I’m not very presentable at the moment for making nice photos…