Today, it’s the second part of my series of posts about insects and the paleo diet. Program of the day :

Before starting : If you haven’t read yet the first part, it’s here : “Are insects a true paleo food – part 1″.

Okay, now everybody is ready, we’re going back to visit our early paleo ancestors ! 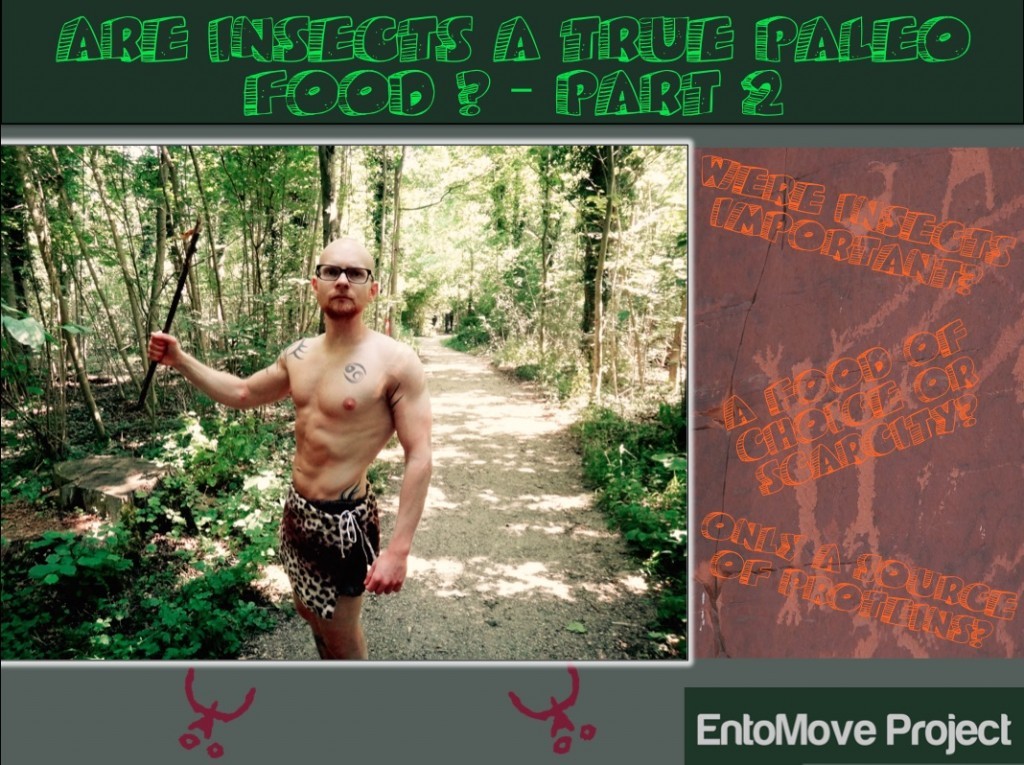 Despite the little information available on the subject, it’s now clear that the first humans ate insects.

Were insects often eaten during the paleo period?

Daniella Martin dedicated an entire chapter called “The real paleo food” in her book on this subject. She tried to give us some clues about the importance of insects in the diet of the paleo period.

And the answer is : WE DON’T KNOW!, we have surely underestimated the importance and the quantity of insects eaten during the paleo period.

For trying to have a more defined idea, let’s enter in the cave of a real paleo couple and listen to a conversation between Stony Hunter and his wife Buggy Gatherer.

What does that means?

So even if the capture of big preys were surely more rewarding, insects were very often served around the fire during the paleo period. 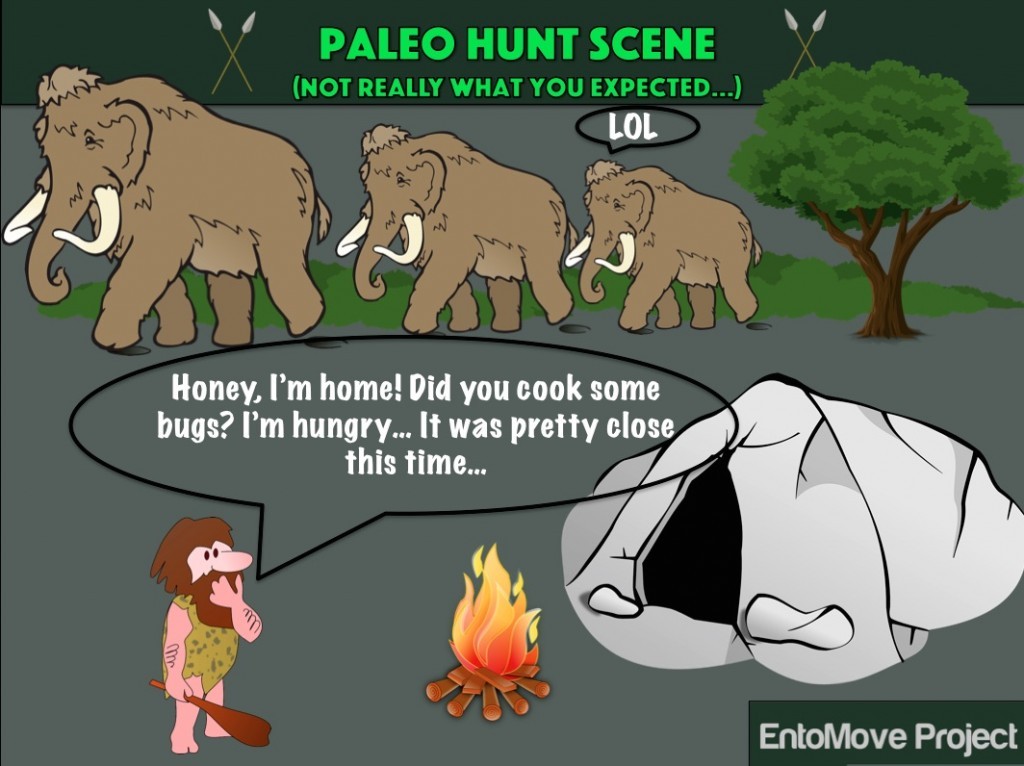 But that this means that insects were only a food of scarcity?

Insects : a paleo food of choice or scarcity?

There are many reasons to believe that insects were also appreciated.

First, in the first part of this paleo posts, I talked about paintings on cavern walls depicting grasshoppers and a honey collection. The act of painting shows a kind of respect and appreciation for these animals. (Yeah, painting your comfort food on walls during the paleo period was the Paleo version of Pinterest or Instagram!) 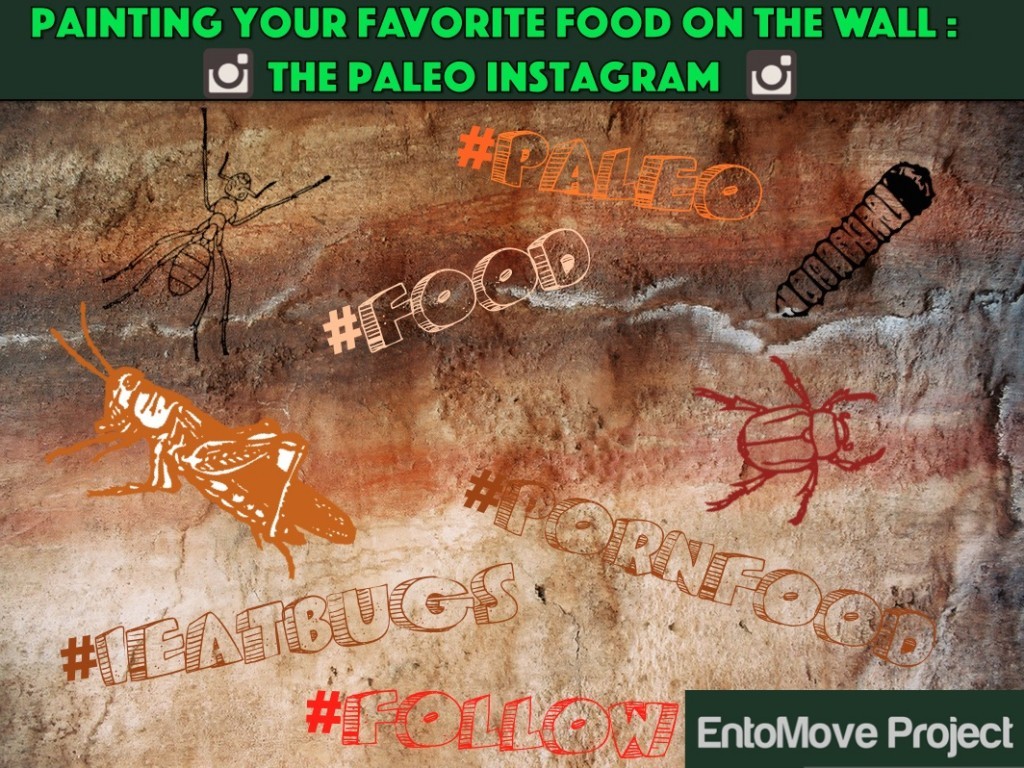 Secondly, if we compare to all the rituals and totemisation involving edible insects in the last tribe of hunters and gatherers, it’s even a total disrespect thinking that insects are only a neglected food… For example, there are some rituals in Papua New-Guinea involving the palm worm and in Australia there is a totem for the Witchetty grub. Just as the 2 Billion people eating insects around the world today, our ancestors may eat them not only by necessity but also by choice and taste.

Maybe if the big preys were more valued, it was simply because eating a big mammoth was a rare and special event. (like the paleo big Thanksgiving turkey cooked by your uncle).

On their side, insects could be considered as a daily food gathered by women, the usual cooker (Your daily lovely food cooked by your mom during your whole life!).

This is a personal idea, related to a current French study which depicted “the normalisation” and the “kind a lack of gratitude” for the daily cooker and the daily food.

So our early paleo ancestors should have a real taste for insects and a respect for this food . After all, that’s normal : they are full of proteins!

For so, insects should have been primary used as a source of proteins during this period… Well, not only…

As human, primate and even terrestrial mammal, we are genetically programmed for craving sugars. Sugar taste means that the food is safe (at least, originally!) and it’s a ready-to-use energy source. As sugar is the only taste we are naturally craving for, it is possible that the first insects sought were the sweet ones like the honey pot ants and the bee larvae and its honey. If we think more deeply about it, this was the first source of pure concentrated sugar…

The big felids are the only terrestrial mammals who are not attracted by the taste of sugar. Except for a tiger in a French zoo who loves grenadine syrup. 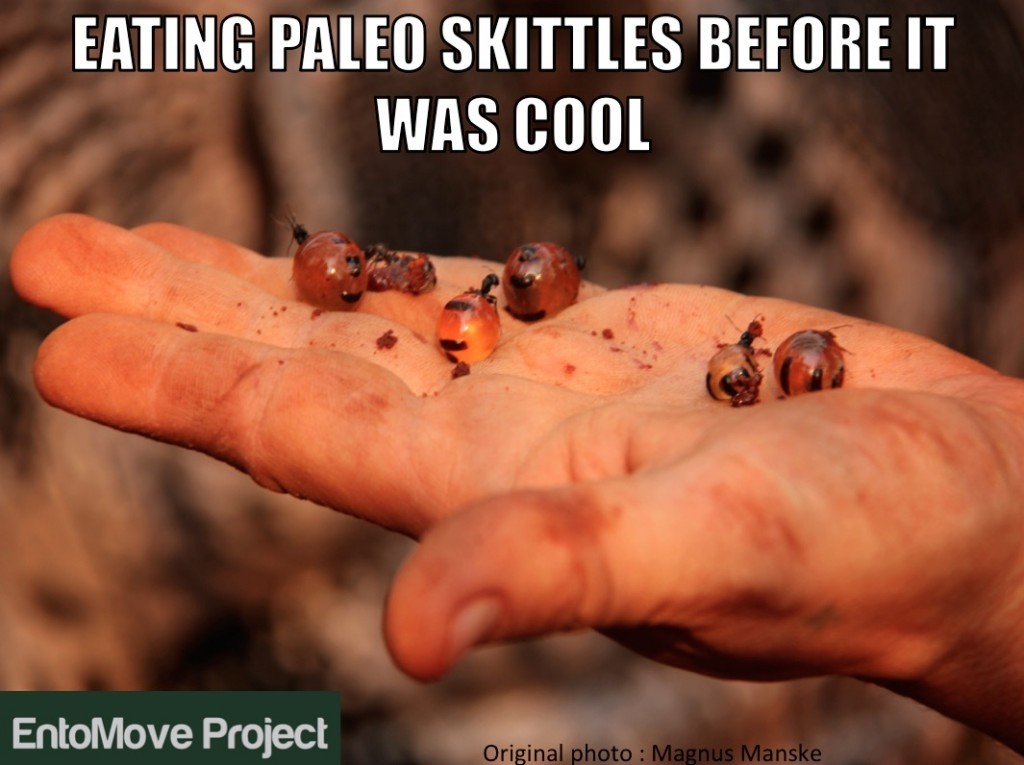 Unlike proteins (sorry umami and glutamic acid), the ingestion of fat is also very palatable, so maybe that the fatty grubs rich in essential fatty acids were the second sought. On their case, insects rich in proteins could be the last adopted.

As their nutritional values are very different, the species considered as food depend not only on their availability and taste but also on the other types of food available in the environment.

Thanks to the great scientist Dr. Benno Meyer-Rochow who provided me more information about this topic, I’m now able to give you an example :

Moreover, all the micronutrients available in insects , such as iron and calcium, should have been play an important for the growth and health of women and children.

If we go back earlier, the first primates ate primary fruits with all the bugs on them and the first mammal was a true insectivorous. 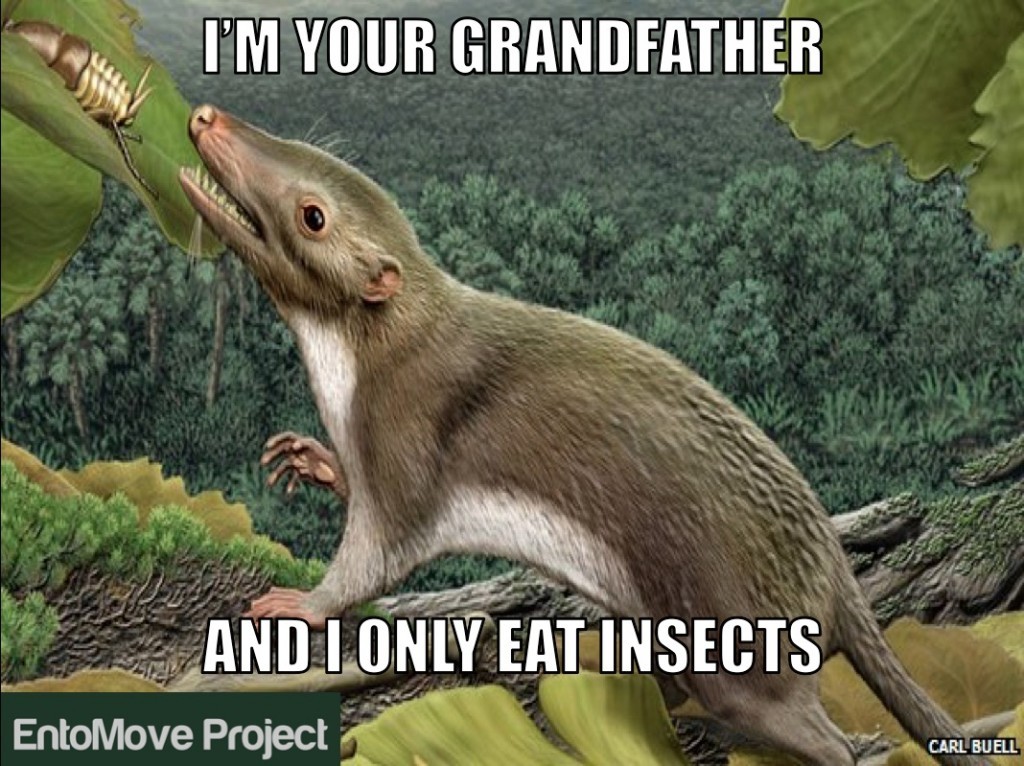 I thought I didn’t miss anything and then I read some scientific papers from Dr. Victor Benno Meyer-Rochow… Insects could also have been used as medicaments since the early times… (Boom, a whole new window opened for me!) Cool, a new idea for an article!

In this part we have seen that :

Regarding all these qualities, why aren’t we eating insects in the Western and why should we go back to bugs?Great questions, that’s the topic for the next and last part!