7 exciting news for edible insects in 2018

2017 has been a really exciting year for the edible insect industry. From books, movies to the boom of eating insects in Finland, a lot of things happened this year. But what will happen with edible insects in 2018? Here are 7 exciting news for the year to come.
I hope you’ll enjoy it!

2017 was an incr’edible year for edible insects

As an enthusiast and professional in the edible insect industry, 2017 has been a busy year. With exciting news regarding farming insects to new products development, bugs to eat caught the news!

Not only in the news, different movies and books about edible insects were published. For this year, I got a crush on : Eat the Beetles from David Waltner Toewes for his light hearted tone and “Insects as food and feed: from production to consumption” from Wageningen University for the advanced scientific studies.

For more information about what happened in 2017, follow the expert! Charlotte Payne wrote a month by month highlight related to edible insects and entomophagy.

With all this attention, edible insects were one of 2017’s food trend according to Forbes.

Will this trend continue to rise and become perennial? This movement of eating insects in the Western countries grew continuously for many years. Therefore, considering it as a “trend” or “fad” may sound inappropriate.

7 exciting news to come for edible insects in 2018 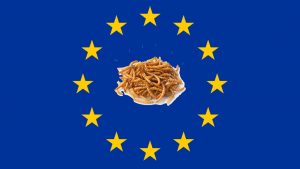 The Regulation in Europe for Insects as food will be defined

For the past 5 years, buying and eating insects in Europe was not that simple… As insects as food were not clearly mentioned in the regulation, they were in a “grey area”. Therefore, each European country applied their own regulation. When countries such as Finland or Denmark allowed insects as food on their shelves, Sweden was more reluctant. On the 1st of January of 2018, there will be a new “Novel Food law” that mention clearly edible insects and there will be a harmonization within EU. Insects producers will have to submit a registration file. More information will come soon! 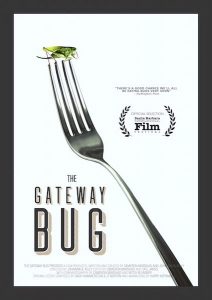 The Gateway bug: A new movie about the edible insects’ movement

This year we saw the movie BUGS with Josh Evans and Ben Reade on the screen. While this movie was highlighting the rural and traditional aspect of eating insects worldwide with a quite negative view of this aspect in Europe; this new movie created by Johanna B. Kelly and Cameron Marshad focuses on the movement in the US and questions the whole food system. Saying that I’m excited about The Gateway bug, is not a euphemism!

Ento nation is getting bug’ger !

For the past few months, Ento nation has been my go-to podcast and my Friday evening’s delight. The host, Marc Aka The Cricket-man, has already invited many movers and shakers of this industry. On each episode, you also discover a unique recipe from Chef PV, the host of the Cricketlicious cafe. While the delighted audience is growing and already a must-listen for everybody interested in the topic, the Ento Nation podcast will also launch a magazine with “everything related to insects.” 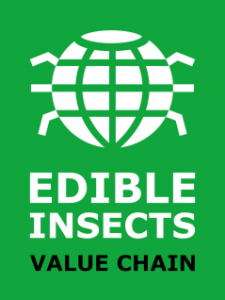 Edible Insects 2018: the value chain conference in the Netherlands

The conference “Edible Insects: the value chain” will be held on 21-22 March 2018 in Wageningen, where everything began… It will celebrate 10 years of research in The Netherlands about edible insects. Scientists of Wageningen University will present the latest insights and findings on insects as a novel source of protein.

The 2nd International Conference “Insects to Feed the World” in China

The 2nd International Conference “Insects to Feed the World” will be held on May 2018 in Wuhan, China. This conference aims to address all aspects related to edible insects as food and feed. Following the symposium held in Wageningen in 2014, it will bring together research scientists, government officials, and private sector representatives from insects as food and feed from all over the world. 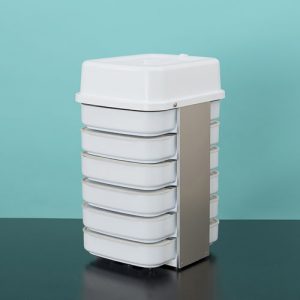 As I was involved for more than 1 year in this project and helped it grew, I’m happy to see that the Livin farms Hive™ were finally shipped to the customers. The 2 founders Katharina Unger and Julia Kaisenger worked really hard to turn this project into a real product. From February, we will be able to grow our own source of protein in form of mealworms in our kitchen from our food scraps. 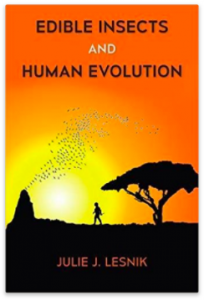 At last but not at least, Julie Lesnik is publishing her book “Edible insects and Human Evolution” on the 21st of August 2018. Julie Lesnik is a Doctor in anthropology and one of the top world’s experts on the topic. Moreover, she has been the organizer of the successful “Eating Insects Detroit” conference. This book will definitely complete my top book’s list on edible insects and entomophagy! You can preorder the book just here.

And you what excite you the most about edible insects in 2018?