First meeting with the public…

Tuesday was an important day! It was my first meeting with the public. My neighbor gave me a table for presenting entomophagy to a public at her local Community Garden called “The Beehive” (the perfect name). It was a first time in Strasbourg, and it’s just the beginning! Thanks to the article in the news, there were a lot of people. 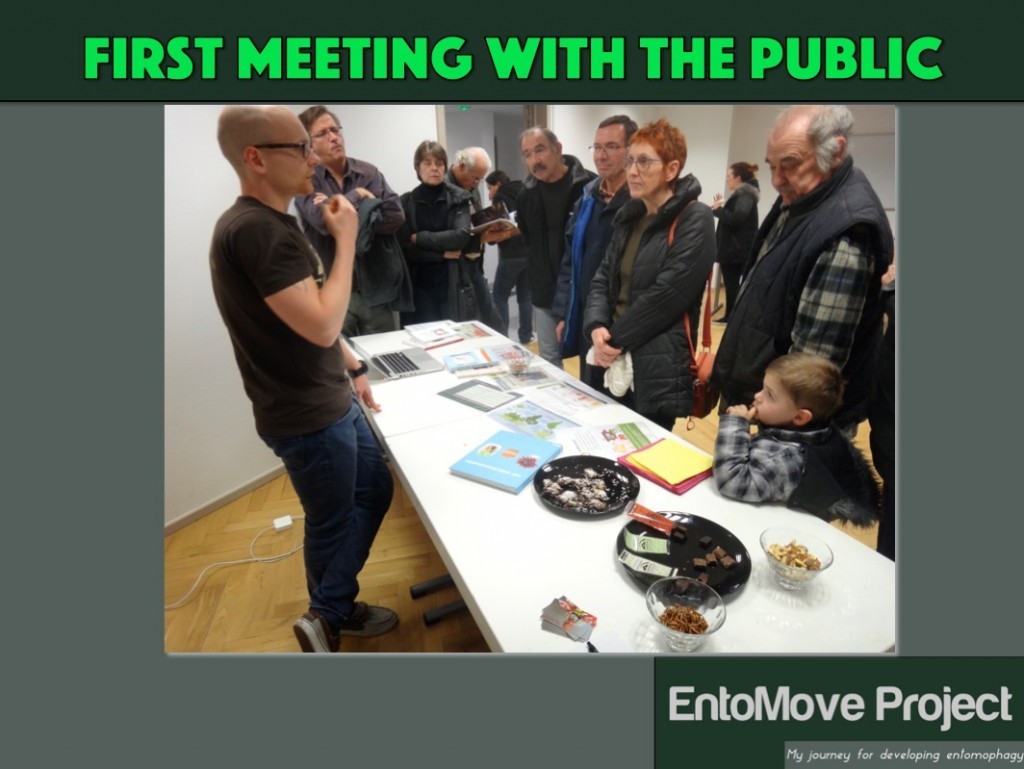 As it was the first time with edible insects for almost all of my audience, I chose to prepare mealworms in different ways, so they will be able to imagine insects in different preparations.

Some popcorn mealworms (roasted mealworms with sugar and cinnamon) and some dried bananas and pineapple with dark chocolate, mealworms and coconut powder for the sweet preparations.

I also brought my Chapul bars. I brought the Aztec, Chaco and the Thai one.

So they were bugs for everyone! Sweet ones, salted ones, visible ones and hidden ones! 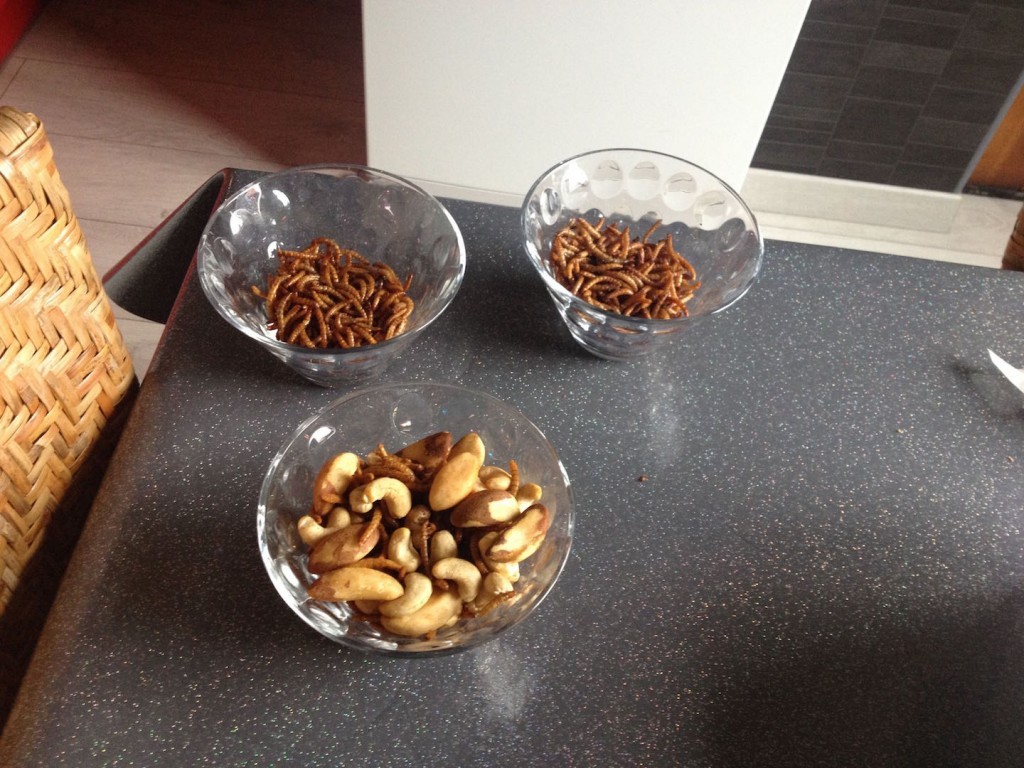 Feeding our bellies (and muscles!) wasn’t enough! For feeding our minds and hearts, I brought :

(Can you promise me a signed french version, my dears?) 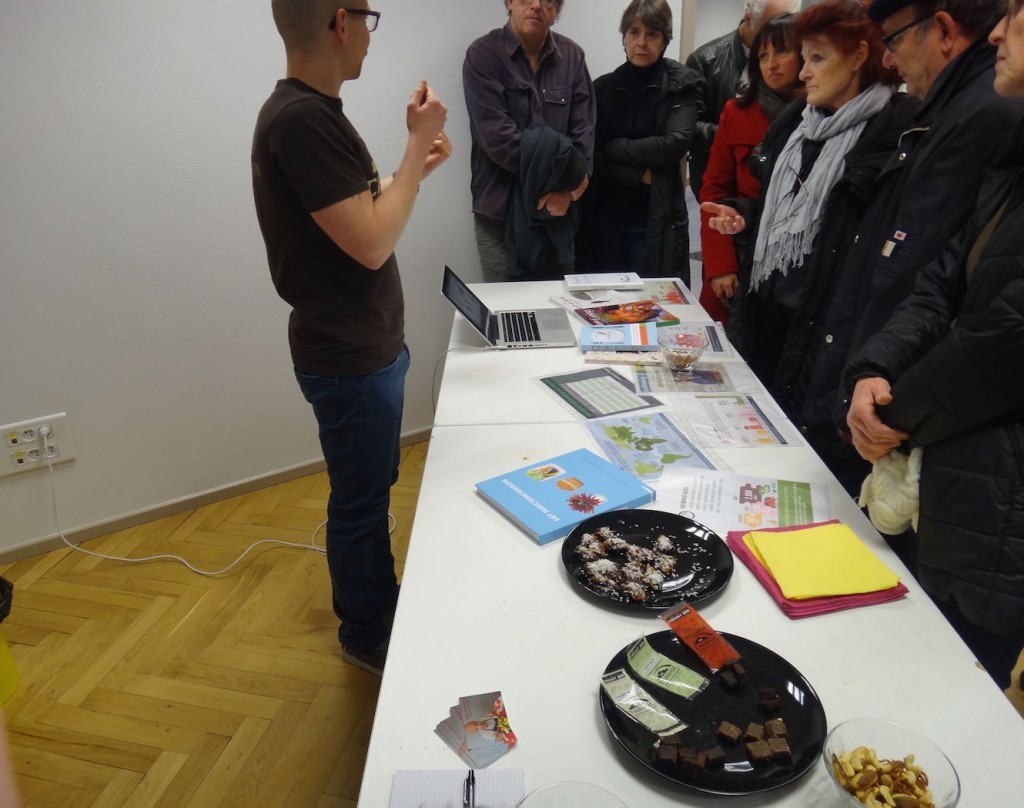 It was very cheerful to see people coming just for us! The audience were very receptive and asked many questions about recipes, nutrition, safety and environment. There were also a lot of questions about rearing and breeding. (They were relocated to my father!)

At the end, there weren’t many products left… The mealworms and the Chapul bars were appreciated! (For the Chapul team, everybody loved the bars! Some people found that the Aztec bar is very spicy, I can’t give you my personal feedback, there weren’t any leftovers for me…)

Question of the day : (from a little girl aged of 8)
– ” Is it worms?”
– ” Yes, we are raising mealworms with my dad” I answered very proudly
– ” So, if they are worms why do they have legs?”
– ” Well, in fact we called them worms but they aren’t really worms”
– ” Hmmm, Okay…”
(We shared a popcorn mealworm and she forgot my mistake!)

Even if it was the first time, I think that people are ready… But for the moment, they need more information and they need to be reassured. I think that this kind of activity is interesting because you can touch a large amount of different people and it helps also the local economy.

It was cheerful to see people coming for learning more about entomophagy and trying edible insects, I gave my best and I hope they had a great time and left the room with a big smile on their faces and bugs in the mind, the heart and the bellies! 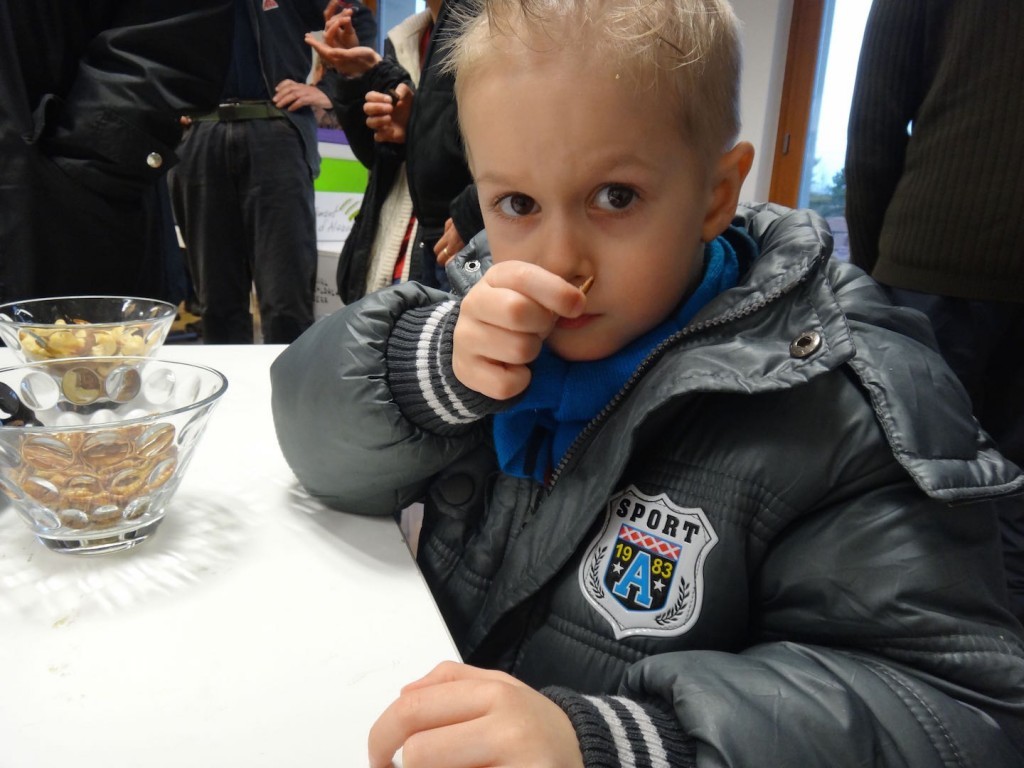 About 20 people tasted insects in Ostwald… That’s just the beginning in Alsace!

See you soon in a next Ento’meeting!

Take care of you,