Some unexpected properties of edible insects : good for the mind, the body and heart?

What a good way for starting the year 2016 with some good news for our heart, brain and body! Peace, love, health and crickets for you and your beloved ones!

Some unexpected properties of edible insects

With the growing interest about edible insects from the public, the scientific community and the media, the number of studies are growing.

As we are starting understanding the importance of edible insects, we are, at the same time discovering how little we know about the subject. What could we expect from a field crossing entomology, nutrition, environment, food history, cooking, anthropology, health, psychology, sociology and marketing?

So what are these “unexpected properties”? Naturally, we need to be cautious because for the moment the litterature is still scarce but everything has a beginning…

Edible insects ; good for the mind

It’s clearly a good news because, at the same time, the University of Wageningen in the Netherlands is examining the use of edible insects as a sustainable source of the essential Omega-3 fatty acid, which is also useful for our brain function. So, why not combine everything? Edible insects are definitely a food for thought…

Edible insects ; good for the heart

As I wrote in Jimini’s blog, the scientific journal PlosOne published an article in May 2015 called “Potential of the Desert Locust as an Unconventional Source of Dietary and Therapeutic Sterols”. The head researcher of the study,Baldwyn Torto, explained that the sterols contained in the locusts can lower the level of blood cholesterol, which can be beneficial for the heart and against cardio vascular diseases.

This beneficial compound is naturally present in different plants like wheat. As locusts are feeding on wheat, they are able to metabolize it. Another compound found in locusts could improve our synthesis of the D vitamin, which we often lack and which is provided by the sunlight. Let edible insects make our heart beat and shine…

Edible insects ; good for the body

And that’s not finished yet… In 2000, some Japanese scientists discovered that the silkworm’s protein elevated the intestinal absorption of zinc, iron, magnesium and calcium in rats. These results could be interesting if they were verified on humans as the modern diet often lack these nutrients.

The sericin, this protein produced by the silkworm, has definitely shown some potential: In 2010, it has been discovered that it also has the potential of lowering the cholesterol level. Isn’t it exciting?Edible insects, good for the heart, the mind and the body.

Are these discoveries really surprising? Seriously, what did you expect from the most successful, abundant and diverse animal creatures on earth? 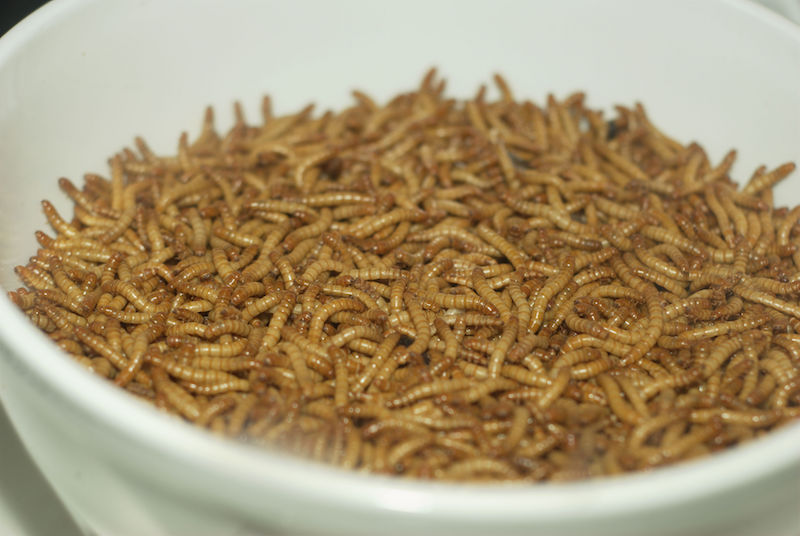 Some mealworms? It’s for your concentration!

Some not so-unexpected properties of edible insects

Is it really a surprise? Maybe not… Insects were and are eaten by our ancestors from the beginning of humanity, too the paleo period, until nowadays. Not only as food for their nutritional values, but insects were also valued as medicines for some therapeutical properties. Is it really surprising, coming from the most successful, numerous and diversified creatures of the animal kingdom?

As my friend the Dr. Benno Meyer-Rochow wrote in several studies, edible insects were also and even sometimes mainly more appreciated for their therapeutic values than for their nutritional values. Nowadays, these practices are still common in severals parts of China, Korea, India and in some hunters and gatherers tribes.

It is true that some of these usages of edible insects are coming from folk logic and come more from beliefs than proofed facts. As an example, the cicada can be eaten for treating hearing whereas the eggs of praying mantis are eaten by men for fertility.

On the other hand, insects contain also some biologically active chemistry. For example, the social insects that live in close proximity, such as wasps, ants or bees, developed antimicrobial compounds for avoiding epidemic diseases. Insects living in the soil are subject to microbial attack, they should produce some chemicals to fight these attacks. And as we saw for the locusts, insects can also metabolize the compounds of their feed.

According to an Indian tribe belief, the consumption of a specie of long-horn beetle could be responsible of hair loss.

Are edible insects a real “super-food”?

I don’t think so… That’s a good point because, finally, we don’t need a new “super-food” and moreover there are so many different species and varieties of edible insects… But we simply need to be more aware and find again a contact with our food. For so, we need more food good to eat for our bodies and palates, and at the same time which is also “good to think” for nourishing our minds and hearts. And that’s great because edible insects are simply that. And as edible insects will nourish us, we will maybe more aware of them and be more interested by these animals. Imagine one day, with our appetite and interest for insects, we will maybe discover that mealworms are able to recycle styrofoam…

Don’t move! Do you want some more reading?

That’s not the end! If you like science and philosophy; you will love my new blog. I’m assisting Dr Benno Meyer-Rochow and post every saturday one of his short stories. Being able to share the incredible stories and thoughts written for more 20 years during all of his travels, expeditions and conferences all around the world is an honor for me. (It’s only a glimpse of what the Dr Meyer-Rochow did…)

Follow “BioForTheBioBuff“ if you want to read all of these great short stories.

Week after week there will be a new interesting Bio-Essay in this series, a series the aim of which is to present accurate information on a variety of topics in a light-hearted, yet scientifically sound and correct manner. Dr. V-B Meyer Rochow 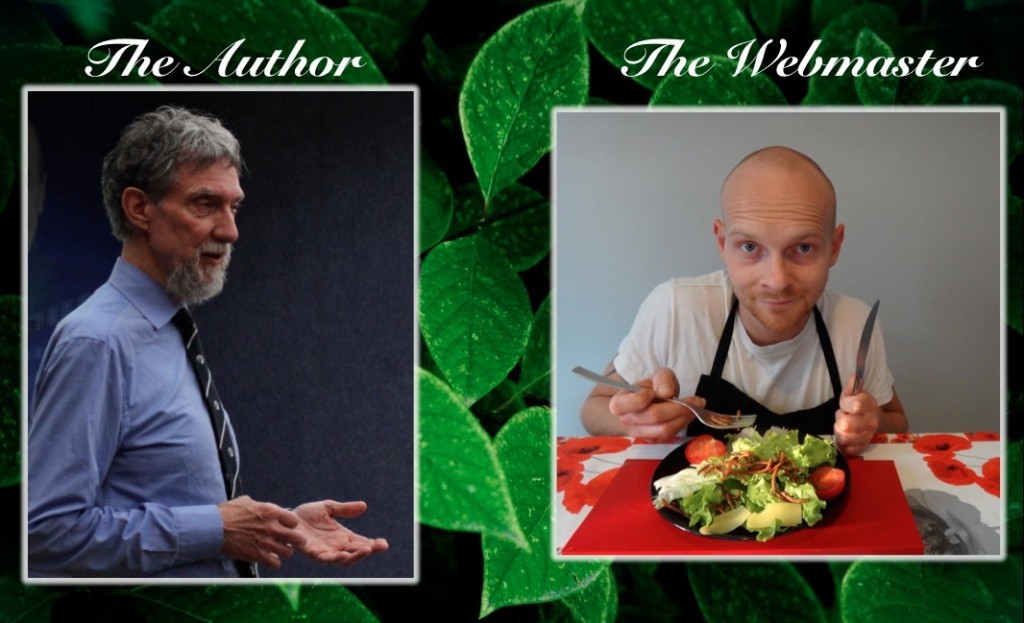 I’m just here talking about edible insects, and my photo is next to my favorite scientist…

Insects are a sustainable source of omega-3 – Wageningen University

V.B Meyer Rochor – Entomophagy and its impact on world cultures: the need for a multidisciplinary approach (2010)

Chakravorty, Ghosh, Meyer-Rochow – Practices of entomophagy and entomotherapy by members of the Nyishi and Galo tribes, two ethnic groups of the sate of Arunachal Pradesh (North-East India) (2011)